Below is a recap of some of my 2018 Witness Tree exhibitions, events and activities. Thanks to all who attended or participated. To find out about upcoming events please go to the Contact page to add your name to my mailing list. I usually send out quarterly newsletters with an occasional update regarding something special. 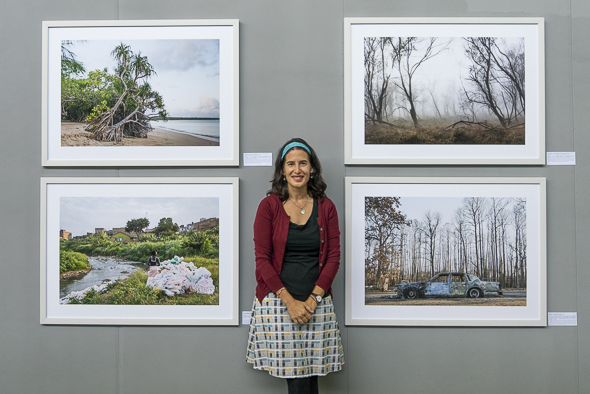 In September, a selection of my Witness Tree project was exhibited in the International Festival of Photography in the ancient walled city of Pingyao in Shanxi Province. Curated by Susan Dooley, the exhibit, A Focus on Climate also included the work of seven other talented photographers: Alex Heilner, Mark Klett & Byron Wolfe, Judy Natale, Jennifer Little, Nadia Sablin, and Julie Dermansky.

With over 200 exhibits, numerous artist’s talks, an educator’s forum, and lots of pomp and pageantry at the opening and awards ceremonies – it was an exhilarating and exhausting week! Pingyao, alone, was well-worth the visit. A UNESCO World Heritage Site, it is also home to the most amazing small-batch vinegars – the scents of which waft through its tiny cobble-stoned streets. 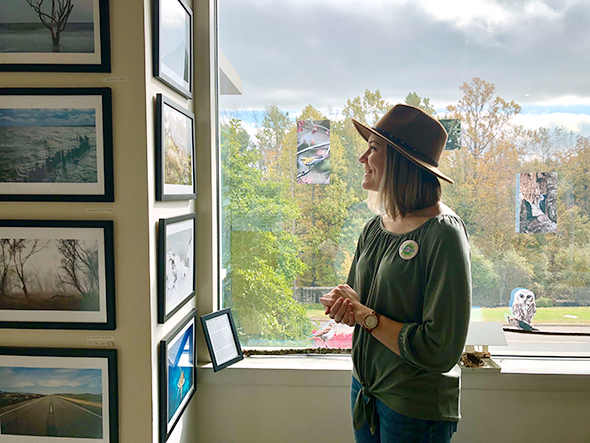 Back in October, I participated in the City-Wide Open Studios event organized by Artspace in New Haven, CT. I have visited friends’ studios during past annual “CWOS” weekends, but this year, my sabbatical allowed me the time to participate in the “Alternative Space” weekend where over 200 artists displayed their work in a former corporate headquarters near Yale University’s West Campus. (Above: fellow artist Kaitlyn Casso looking at my work)

The event was well-attended and I had many great conversations about climate change with the people who visited my little “alternative” studio and/or took the time to make some postcards for politicians at the station I set up. I am happy to report that I received letters from several of the politicians we sent our hand-crafted climate postcards to. Democracy in Action! 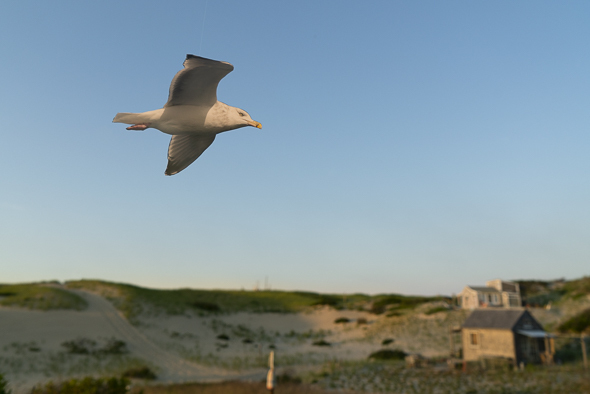 In June, I was lucky to get to spend a week at an historic Dune Shack at the Cape Cod National Seashore. In addition to getting to see large groups of seals, it was an idyllic and unique location to get to photograph some of the “birds” for my Divergence project including this Great Black-backed Gull above. 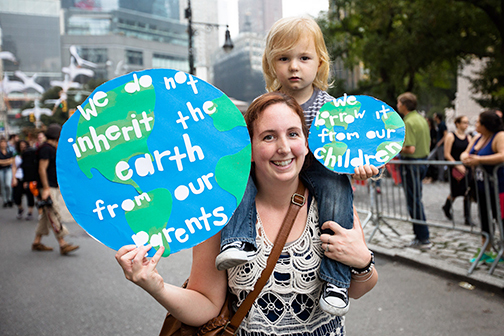 The Witness Tree Takes a Stand at The Illinois Holocaust Museum

The above photograph I took of a mother and child at the 2014 People’s Climate March in NYC is part of an exhibit at the Take a Stand Center at the Illinois Holocaust Museum in Skokie, Illinois. I am glad I got a chance to visit the exhibit and tour the rest of the museum last summer. It’s a very impressive museum and is just a short distance from Chicago, so I highly recommend a visit if you are in the vicinity. 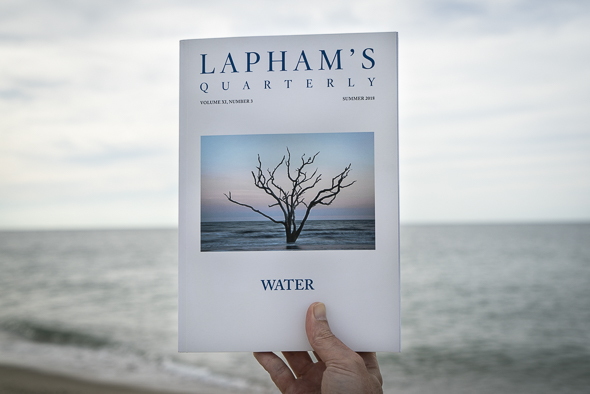 Tree in the Sea on the cover of Lapham’s Quarterly!

I am very proud to have this Witness Tree photo grace the cover of the Summer issue of Lapham’s Quarterly  – a fine literary journal which you should pick up if you haven’t! Each issue is based on a different theme. My photo was chosen for the “Water” issue and it is the first time they chose to use an entire photographic image rather than just an image of an object to represent the theme – IE see below for a picture I snapped for Lewis Lapham and staff on the NYC subway of a youth reading their Youth issue.