The Wall Street Journal published a startling headline in September 2014: “Wildlife Numbers Drop by Half Since 1970, Report Says.” Conducted in part by the World Wildlife Fund, the report was believed to offer the most comprehensive information on animal population to date, covering thousands of regions – land, ocean, temperate and tropical. While wildlife populations over this time actually increased by 10 percent in countries with “high” incomes, they decreased by 58 percent in countries with “low” incomes. This raises several ethical questions about education, resource management, and population growth. As for the animals, there are three primary factors driving their decline: habitat destruction, commercial fishing and hunting, and climate change.

Somehow, this story did not gain much traction in the general media. Perhaps it’s all too overwhelming to look at the Earth compressed into a three-by-five-inch chart with shaded regions and bullet points. There’s a wide disconnect between the integrity of the Coho Salmon or the Sumatran Elephant, say, and the paper between your breakfast cereal and coffee. It is one of our greatest privileges, perhaps, to be able to ignore this.

For some, switching to a no-sugar or no-carbs diet is life-altering. But consider how climate change alters the lives of our fellow animals: Warmer air melts the ice sheets that are the polar bear’s hunting ground. It warms the rivers that trout, salmon, and other coldwater species depend upon, and it warms the oceans toward massive extinctions of coral reefs, whose ecosystems sustain so many forms of life. The rising seas increase erosion levels, which reduce water quality, and invite the human-made runoff that challenges aquatic habitat. Increased drought weakens and kills the plants that wildlife needs for food and shelter, and it complicates access to drinking and bathing water. Changing and more erratic temperatures also confuse migratory patterns – traveling birds arrive at their usual time only to find the insects, seeds, and flowering plants they were counting on have hatched and bloomed. In 2014 the Audubon Society released a report noting that 314 species, nearly half of all U.S. birds, will be impacted by climate change by 2050.

But the haze of statistics always begins with a single point, which is where the literal lens of photography takes me. I have met many victims of climate change – real victims, the ones that add nothing to its cause, but receive all its effects. Can there be any more a victim in all this than an animal? It is inspiring to gaze into the eyes of a sheep who has survived, amid the advancing deserts of Inner Mongolia. But it is unsettling to witness the somber grace of a polar bear who plods now snowless shores as if she knows she’s the icon of a warming planet. I have had intimate moments watching colonies of penguins and lone sea turtles – I could almost hear the stories they had to tell. 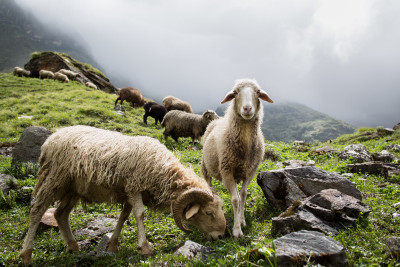 Some villagers in this Himalayan glacier valley keep sheep as a source of wool, milk, and meat. Currently, there is enough water and pastureland to keep the sheep well fed, but with the Pindari Glacier’s steady retreat due to global warming, the villagers may not be able to count on the melt-water of the Pindari River as the primary resource for themselves and their livestock in coming decades. 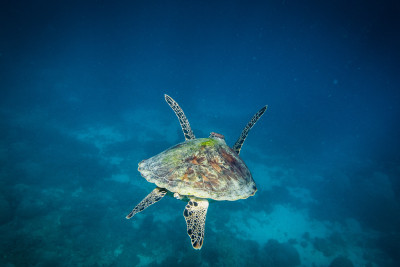 Sea turtles are impacted by climate change in several ways: rising seas are taking away their nesting grounds; hatchlings born in higher temperatures are weaker and struggle to swim safely into the ocean; and since temperatures above 86 degrees Fahrenheit (30 degrees Celsius)produce females, some scientists predict that a mean global temperature increase of 7.2 Fahrenheit (4.8 degrees Celsius) has the potential to eliminate male offspring.

Lake Victoria, the largest lake in Africa, receives its water primarily from direct precipitation and small streams that feed it. Waterfowl and residents of communities along its shore are dependent on the lake for fish and other resources. With climate change creating fluctuating weather patterns, lake levels have diminished in recent years affecting the health of the lake and its marine life. 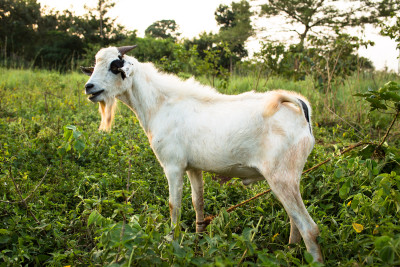 My friend Richard Omondi Mbuya noted that families in his hometown in western Kenya keep goats as an investment rather than for their milk or meat. In coming decades, the country is expected to experience wide climate variability. Some regions will get wetter while others will experience more frequent droughts. This instability will make it more difficult for small farmers to maintain livestock in leaner years. 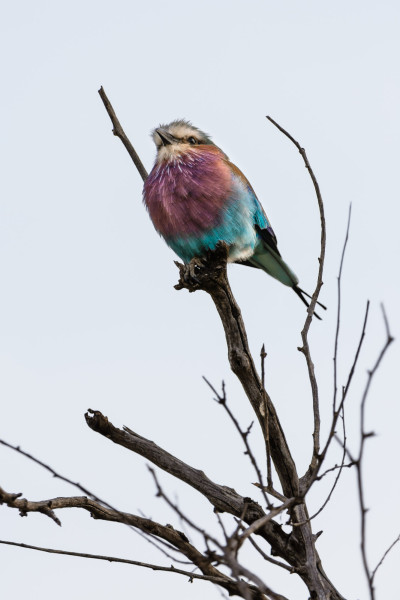 Bird populations around the world are in decline due to climate and habitat disruptions. Currently, the number of rollers is stable in Africa. But, according to projections by BirdLife International, if temperatures continue to rise, lilac-breasted roller populations are expected to decrease by approximately 50 percent by 2085. 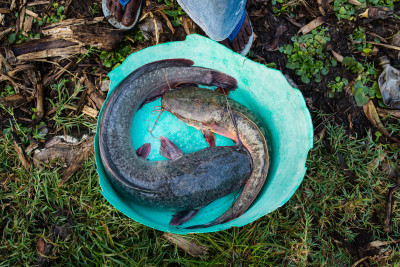 According to the World Wildlife Fund, global warming will continue to increase the temperature of Lake Victoria which will likely create a decrease in nutrient levels leading to fish die-off. Since many residents of the three countries (Kenya, Tanzania, Uganda) that surround the lake are dependent on it for fresh water, food and income, these changes could lead to decreased food resources, increased poverty and possibly even political instability in the surrounding region. 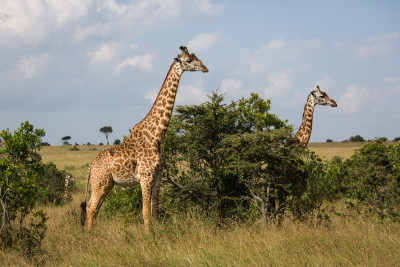 During severe droughts in both 2009 and 2014, park rangers broke their long-standing dictum of “please don’t feed the animals” as the Kenyan government started providing food and water for wildlife in some of the national parks. 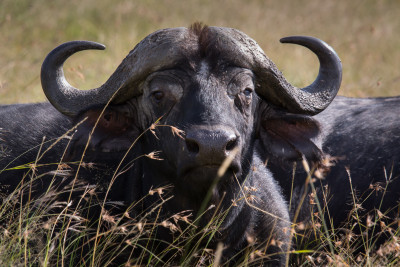 The African Wildlife Fund lists the buffalo’s conservation status as “least threatened.” However, since 2009 there have been several severe droughts in East Africa, which have caused hundreds of deaths among many species of Kenya’s wildlife. 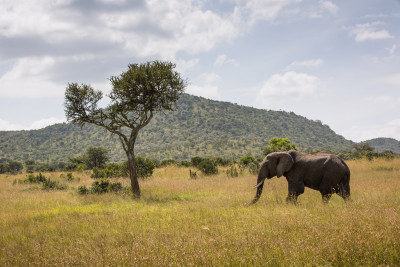 Humans are the biggest threat to the African bush elephant. Between droughts exacerbated by anthropogenic climate change and poaching for their ivory (one elephant is killed every 15 minutes for its tusks), the largest living land mammal’s survival is in jeopardy. 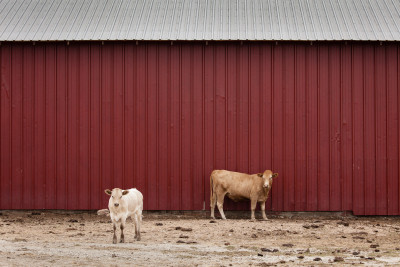 In September 2011, I had heard a story on the radio about how Texas ranchers were selling their cattle because they could not keep up with rising feed costs due to one of the worst droughts in the state’s history. When I was in East Texas that October, with temperatures near 100 degrees Fahrenheit (38 degrees Celsius)  and no rain in the forecast, the cows I saw looked thin, hot, and unhappy. 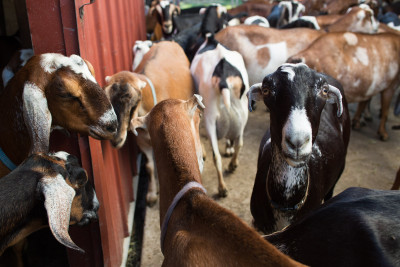 During the drought of 2012 that hit much of the Midwest United States, farmers Wes Jarrell and Leslie Cooperband told me they had to set up a misting system in their barn to keep their goats from getting stressed and sick from the unrelenting heat of that summer.

From humans to the smallest insects, wildfires can take lives without a moment’s notice. The frequency of wildfires in the American West has increased four-fold in recent decades fueled by drought and higher temperatures. I found this fragile shell of a bee still clinging to a charred tree after wildfires swept through the Boulder Hills.

Shrimp is a popular seafood in many countries, yet warming ocean temperatures are impacting shrimp populations in various locations around the world. A 2014 study found that increasing ocean acidification (from absorbing excess atmospheric CO2) affects not just the quantity of shrimp but the quality and taste too. 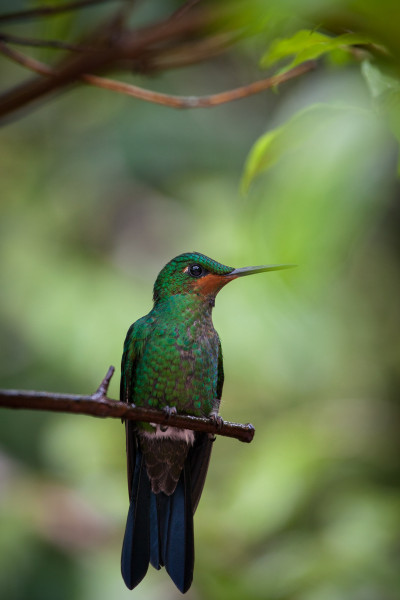 Warmer temperatures, decreased precipitation, and reduced cloud cover are affecting the delicate balance of this ecosystem that relies on moisture to sustain the great diversity of life in this biological reserve. Several species of frogs have already disappeared and scientists are studying how earlier bloom dates and decreased nectar availability are affecting the hummingbird and bee populations in Costa Rica. 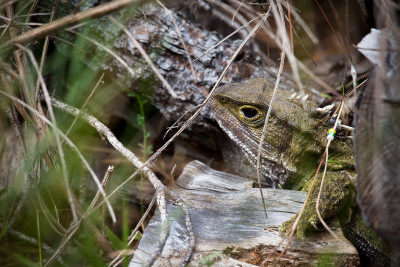 I visited the tranquil Zealandia wildlife sanctuary in Wellington to seek out the tuatara, an endemic ancient reptile often referred to as a “living fossil.” Since the tuatara’s sex is determined by temperature, with global warming of only a few degrees it’s possible that within the next eighty years only males will be born, thereby further diminishing this already threatened species. 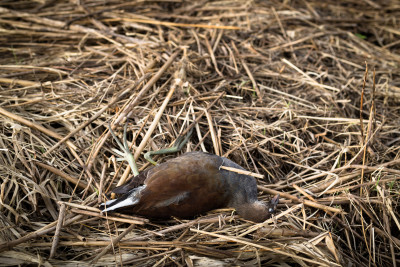 In August 2012, on the anniversary of Katrina, Hurricane Isaac settled over Southern Louisiana dumping over 20 inches (50 centimeters) of rain on the region in less than 24 hours. In Plaquemines Parish, south of New Orleans, both wildlife and livestock had to cope with high winds, heavy rains, and 10 – 15 feet (3 – 4.5 meters) of floodwater. Over 1000 heads of cattle and other animals, like this bird, perished in the storm. 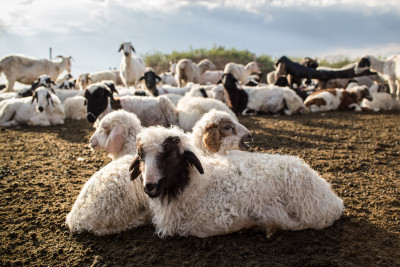 Deforestation, overgrazing, and severe droughts are turning these former pasturelands into desert. There used to be over a dozen families raising sheep and cattle here but as of 2012 there were only four families left. In dry weather, when there is no rainwater to collect, the owners of these sheep must walk over a mile to get water for themselves and their livestock. 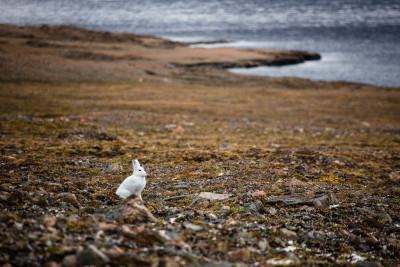 Although polar bears have become the iconic poster child for the effects of climate change on wildlife, many other animals are being affected as well. One concern for the arctic hare and even more so for its cousin, the snowshoe hare, is that as temperatures warm and winters shorten, the hares’ white winter coats may not molt into their summer brown coats early enough to camouflage them from predators when there is no snow on the ground. 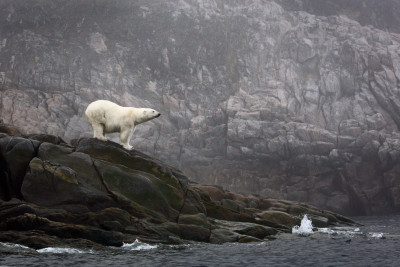 The International Union for Conservation of Nature (IUCN) maintains a comprehensive “Red List” of threatened species. Polar bears are listed as vulnerable due to their dependency on sea ice for survival. With global warming rapidly melting Arctic sea ice, the ICUN predicts at least a 30 percent reduction of polar bears by midcentury. 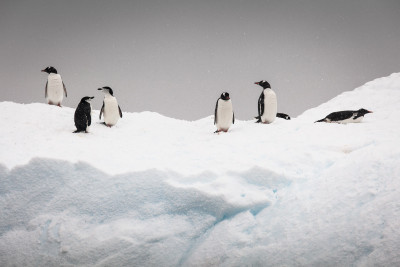 The nonprofit foundation Oceanites has been studying Antarctic penguins since 1994. Ron Naveen, the group’s director, has noted that some populations of Gentoos are on the rise and can be considered “climate change winners” since they are more opportunistic colonizers benefitting from warming ocean temperatures and less ice. But other penguin species such as Chinstraps and Adélies will be “climate change losers” if their habitat continues to be altered by climate disruptions. 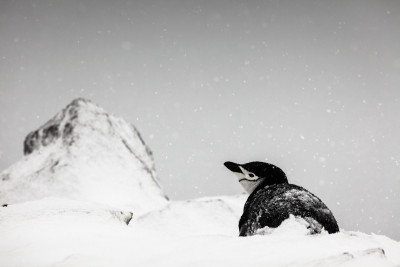 In 2014 the journal Nature featured an article describing the negative impacts of climate change on the Antarctic fur seal population. A 30-year study reveals a decline in the seal’s population (24 percent among females) as well as a decline in birth weight. The lead scientists noted that warming ocean temperatures are reducing the availability of krill, the fur seal’s primary diet. As the balance of the food chain becomes disrupted in the Antarctic, it may not be long before even currently stable animal populations, like the leopard seal, start to decline. 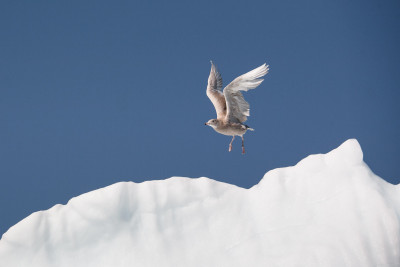 Birds around the world are already being affected by climate change. Ivory gull populations have already decreased about 90 percent over the last two years as the sea ice that is critical as its hunting platform continues to melt. Glaucous gulls, however, will likely be climate change winners since they are hunting generalists that can adapt if their main food source disappears. 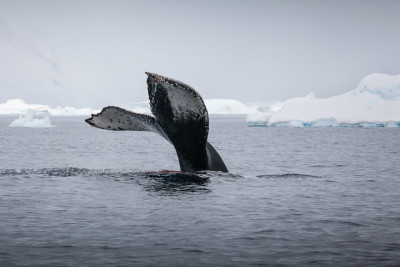 During my childhood, “Save the Whales” bumper stickers warning of the threat of their extinction from commercial hunting were a common site. Forty years of protection by the Endangered Species Act (ESA) has helped to bring 10 of the 14 subspecies of humpbacks out of danger according to a 2015 report by the National Ocean and Atmospheric Administration. Wildlife conservationists, however, want all humpbacks kept on the ESA list as climate change, habitat degradation, pollution, marine traffic, and ocean noise remain serious threats.